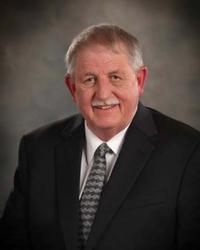 On June 4, 2013, Allen Latimer was elected to become the 5th Mayor of Horn Lake. Mayor Latimer assumed the duties of the Office of Mayor on July 1, 2013.

Mayor Latimer is the son of Roger and Lucille Latimer, who owned and operated Bullfrog Corner Store from 1924-1969. He attended grades 1-12 at Horn Lake School–by the railroad and graduated from high school in 1965. From there he attended and graduated from Northwest Community College and Christian Brothers College.

Allen met and married Joan in 1978. They have one daughter–Colleen– and 2 grandchildren–Courtney and Cole.

Later, he owned and operated Goodman Road Package Store in Horn Lake for 27 years. He has taught school at Southaven High School from 2001 to 2013. He is a member of Sons of Confederate Veterans, Sons of American Revolution, and Knights of Columbus. He has been a member of Christ the King Parish over 40 years. He served on the Board of Supervisors of DeSoto County for 8 years until 2011.

The Mayor’s Office is open from 8:00 to 5:00 Monday through Friday. If you would like to see the Mayor in regard to an issue, you may contact Arianne "AJ" Linville, she will be glad to help you with any issues you may have and direct you to the correct department.